One day, while listening to the radio in New Orleans, I heard a voice which really caught my attention. A voice which sparked interesting conversations about sports and news of the day. The Big Easy is certainly not a city to possess a shortage of those topics.

Having recently moved back home to New Orleans from Hollywood in 2013, I searched for talk radio shows I had never heard, outside the high-powered sports and talk radio programs in Los Angeles. Sort of a talk-radio-junky you could call me.

Gerry V. had been a local New Orleans television sports director, anchoring the nightly sports desk. He had an extensive career with the NBA and the Charlotte/New Orleans Hornets. He was even a basketball coach, mentor and motivational speaker. His resume is so long, you would never finish it before our story comes about. The V Man had ‘the juice’ as we say in Hollywood. His credentials were superb. But, he had never acted in a narrative film.

Moving back home to a revitalized Hollywood South and hanging my own shingle as a writer/producer/director, I was eager to get a few films launched.

One of those films was the dark comedy Get Bingles. The Sopranos walk into a Lebanese poker game looking for Mistuh Bingles. You figure it out.

You can watch Gerry V. play Mickey by clicking on the front page Get Bingles poster.

The characters I created are Tony, Mickey, Bobby and Danny. The Sopranos-wannabes. The Poker Crew was Lil-T, Pinky, Bluey and Red. An odd ball set of characters.

As I was casting local actors, I would listen to Gerry V. on the radio during some down time. Then a light bulb sparked for me.

Gerry V. would every once in a while lapse into this wise guy Queens, New York dialect to accentuate some of his rants on his show. This wise guy creation of his would argue with himself and punctuate his show.

Strait out of Marty Scorsese’s Goodfellas, with some David Chase Sopranos to add flavor, Gerry V. would make his point. Whatever the point at the moment would be.

Holy cow Batman! He was Mickey talking to me!

Out of the blue, I decided to take a flyer and eMail The V Man with this crazy idea of him staring in Get Bingles as Mickey, the wise guy I created who really wanted to be a Goodfella slash Soprano.

“Yeah, right, Stan. He’s going to answer my crazy eMail,” I said to myself.

Guess what? You got it. Gerry V. answered my query.

But, there was a condition…

He wanted to meet for lunch and talk. You know? Like wise guys do.

When I walked up to the restaurant, we instantly recognized each other. It was as if two wise guys were going to eat. I realized this was going to go well. But, The V Man did not know it yet.

We did ‘a general’ which is inside-baseball/Hollywood talk for getting to know each other. It was as if he made me feel we were ole friends from Queens.

Then came the question. “Why me?” He said. Why did I think he could come out of his comfort zone of a sports/talk radio guy to play a ficticious character in a film?

Telling him what I felt about his skill sets and Mickey (the character), I explained one of my super hero powers I developed while in Hollywood was spotting and developing new on-screen talent. Having worked with non-actors and less-than-seasoned actors, I knew we could make this happen. But, I had to convince Gerry, first.

Gerry V. had on-camera experience, which was a plus, as a director. I explained if he flubbed a line, it might be in the bloopers reel, but, we would just ‘cut’ and shoot it again. An opportunity he never had in live on-camera sports television. He was very intrigued.

Gerry told me the character of Mickey was a dead ringer for a guy he grew-up with in Queens – Tudy (TOO-dee). The V Man knew he could play Mickey based upon his childhood experience.

BANG. I had my Mickey and The V Man believed he could play the role.

During the table read for Get Bingles, where the actors sit around a table and read their parts out-loud before filmmaking begins, we all got to know how these characters (these crazy characters I had created) would work. And, did they work.

Gerry V., the professional he was, came on-time and ready to play. Just like the coach/mentor I knew he was. Though, he would admit later he was very nervous sitting-in with professional actors. The table read went better than I expected.

During the final getaway scene in Get Bingles, I had the wise guys run out of a building, see a Bing Crosby smoking jacket on-fire, and run off.

Unfortunately, they ran all the way down the side of the building, which the audience never sees. Instead of just stopping, right outside the camera view, they kept running. I had to go around the building to yell CUT!

When they came walking back, the wise guys were huffing and puffing. It was then I realized I only had one more take, or, I would have killed all of them! I directed them to only run just outside the view of the camera. Whew!

Gerry V. was always offering ideas on how to play Mickey and offered a few which made it in the film. He certainly was a great actor to have on-set.

Flash forward to another comedy film I created called Whack Job. Big Tony’s places an online ad where a calvacade of characters walk-in. So, what’s the job?

There was the role of Frankie, even goofier than Mickey in Get Bingles, which I created and wanted Gerry V. to play.

The problem was we were in the middle of a pandemic and The V Man had moved back to Charlotte, North Carolina, to be closer to his daughters and grandkids.

We had a great chat on the phone where I offered the role to him, with the understanding we both knew the impossibility of him coming to New Orleans. At the time, I did not know Gerry had been diagnosed with a heart condition some twenty five years ago. We both knew this was just not going to happen.

Gerry V. could not have been more appreciative of the offer. I told him I felt obligated to give him ‘right of first refusal.’

He knew I was developing a feature film, a dark crime thriller (which was the genesis of Get Bingles), and we figured by the time this whole Rona-thing passed, he could play the role of Bogey in that film. I sent him an unfinished draft of the screenplay and he loved the role.

We said our goodbyes on the phone and wished each other well, considering the whole pandemic.

That was the last time I spoke with Gerry.

As I write this in memoriam, his passing still hits home.

The V Man could walk into any room, dead as it was, spark-up conversation with anyone and walkout with people saying how wonderful he was. That was him.

You will forever be in my films, in one way or another, Gerry V. Think character names and easter eggs.

Thank you for the memories, the laughs, the chuckles and grins.

Oh, and the donuts. Gerry V. loved his donuts.

“Chase what you’re crazy about.
The day will come when u will regret that you didn’t.
Chase your crazy!”
Gerry Vaillancourt 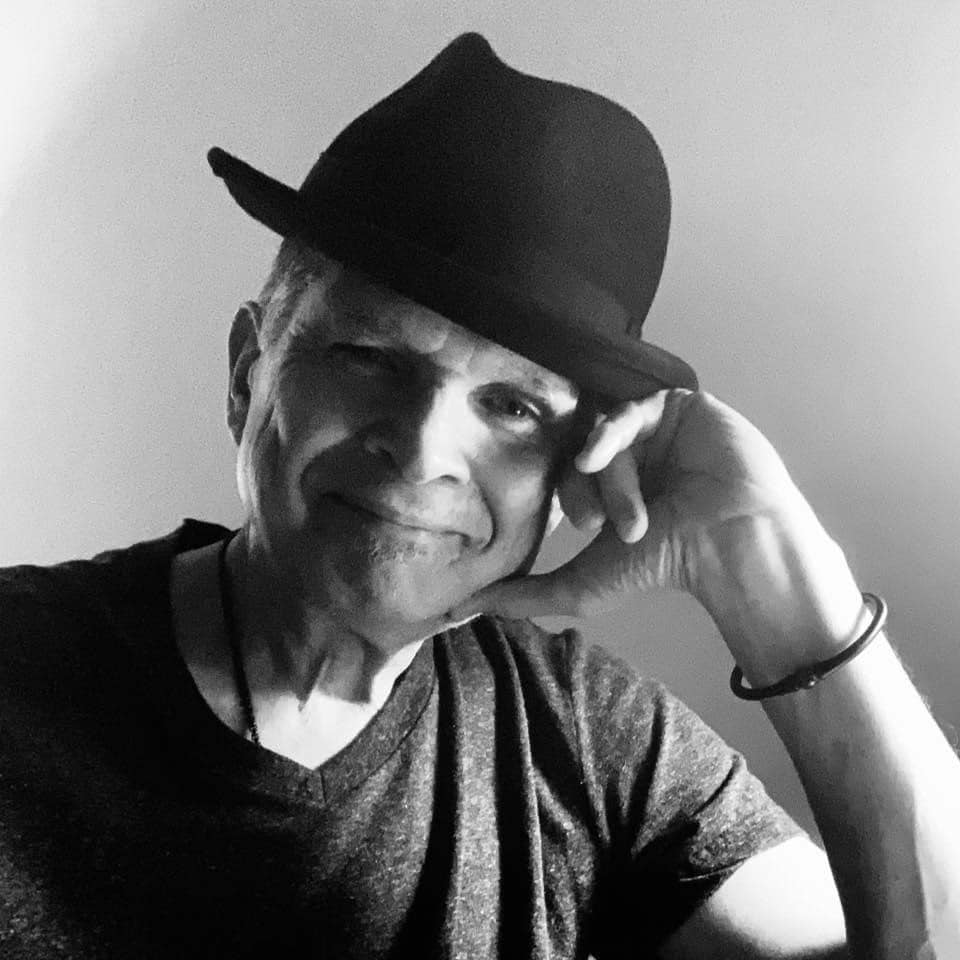 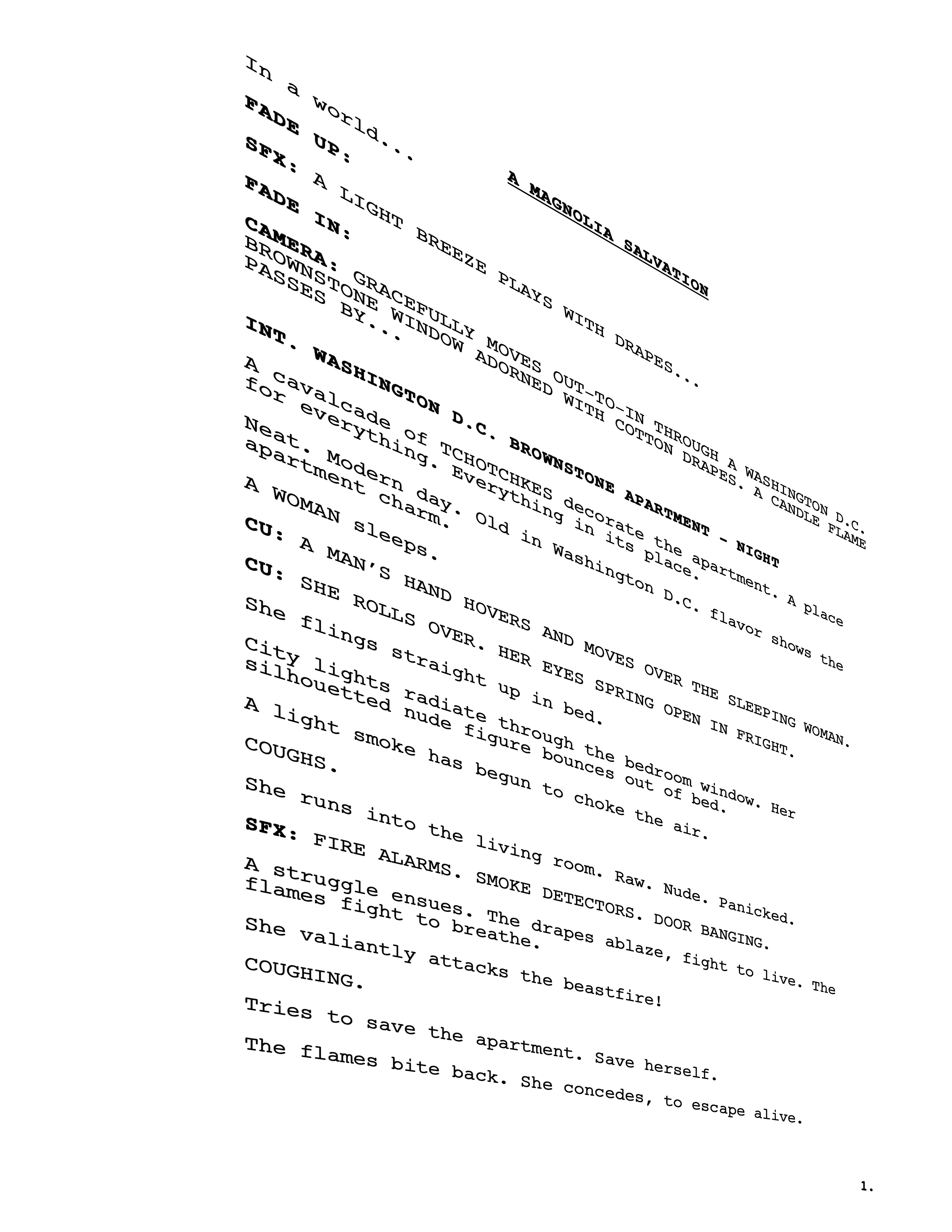